Some photos (by Carlo Miazzi) of ‘Before & After’ during recent clean-up of Cooks River by the Mudcrabs.

The Mudcrabs are a local community group which cares for The Cooks River and its foreshore environment by regularly collecting rubbish and restoring the bush along the Cooks River.

The group grew out of the interest and involvement of two people, Chris Bartlett and Ian Bruce, who were involved in the 2005 Clean-Up Australia Day along the Cooks River. These two people then became disappointed that the River was still full of rubbish after the big clean up. They decided to take action into their own hands and begin a regular clean up of the River themselves. Other people noticed them working along the river and stopped to talk, then offered to help.

As more people became interested, Canterbury Council became involved and assisted by supplying, bags, rubbish grabbers, boots, gloves etc. Initially, Chris Bartlett had to individually phone all the volunteers to tell them when and where the cleanups would be. This became onerous and expensive as more & more people wanted to help, so an email contact list was formed which now includes nearly 500 people. 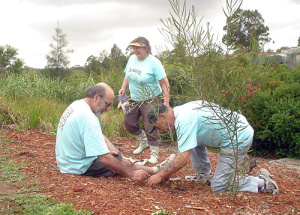 The Mudcrabs name was chosen because the presence of mudcrabs in the river would be a sign of the health of the river and because of the visual image of individuals moving about the foreshores with pincer-like rubbish pullers, being very active. A logo was designed and T-shirts printed. People’s interest in Mudcrab activities started to grow quickly as members wore their Mudcrabs’ T-shirts to the clean-ups. Both Marrickville and Canterbury Councils became keen to useMudcrabs’ services and were prepared to provide equipment, pay for the T-shirts, provide morning tea, etc. 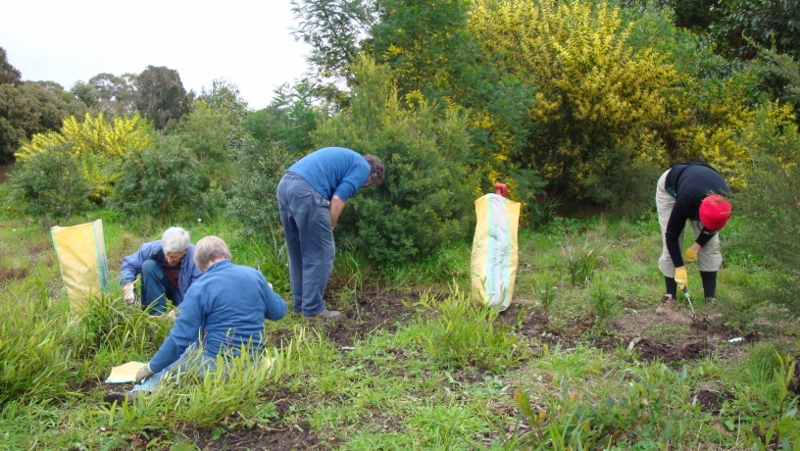 In 2006 the Mudcrabs ran an Environmental Sculpture Competition on the Cooks River, called Riverworks using only recycled material. The inauguralRiverworks event held in March 2006 was very successful with over 220 entries. This Environmental Sculpture Competition ran for 3 years to highlight the Cooks River and focus attention on the health of the river. 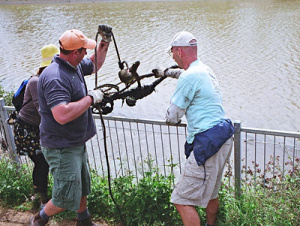 In the 7 years from July 2005, the group has removed more than 10,000 bags of litter from the Cooks River – this is estimated to be more than 1500 cubic metres. They have also removed 2500 bags of weeds and planted about 12,000 native trees and shrubs at  bush restoration sites at Rosedale Reserve, Food Ave Hurlstone Park, Ewen Park, Steele Park, Gough Whitlam Reserve Saltmarsh and Richardson Reserve.

The Mudcrabs’ goal is to remain a ‘grass roots’ group, but it also realises that we must become more politically active to reduce the flow of pollution at its source. The fight continues and they have affiliated with the Cooks River Valley Association to assist in joint endeavours.